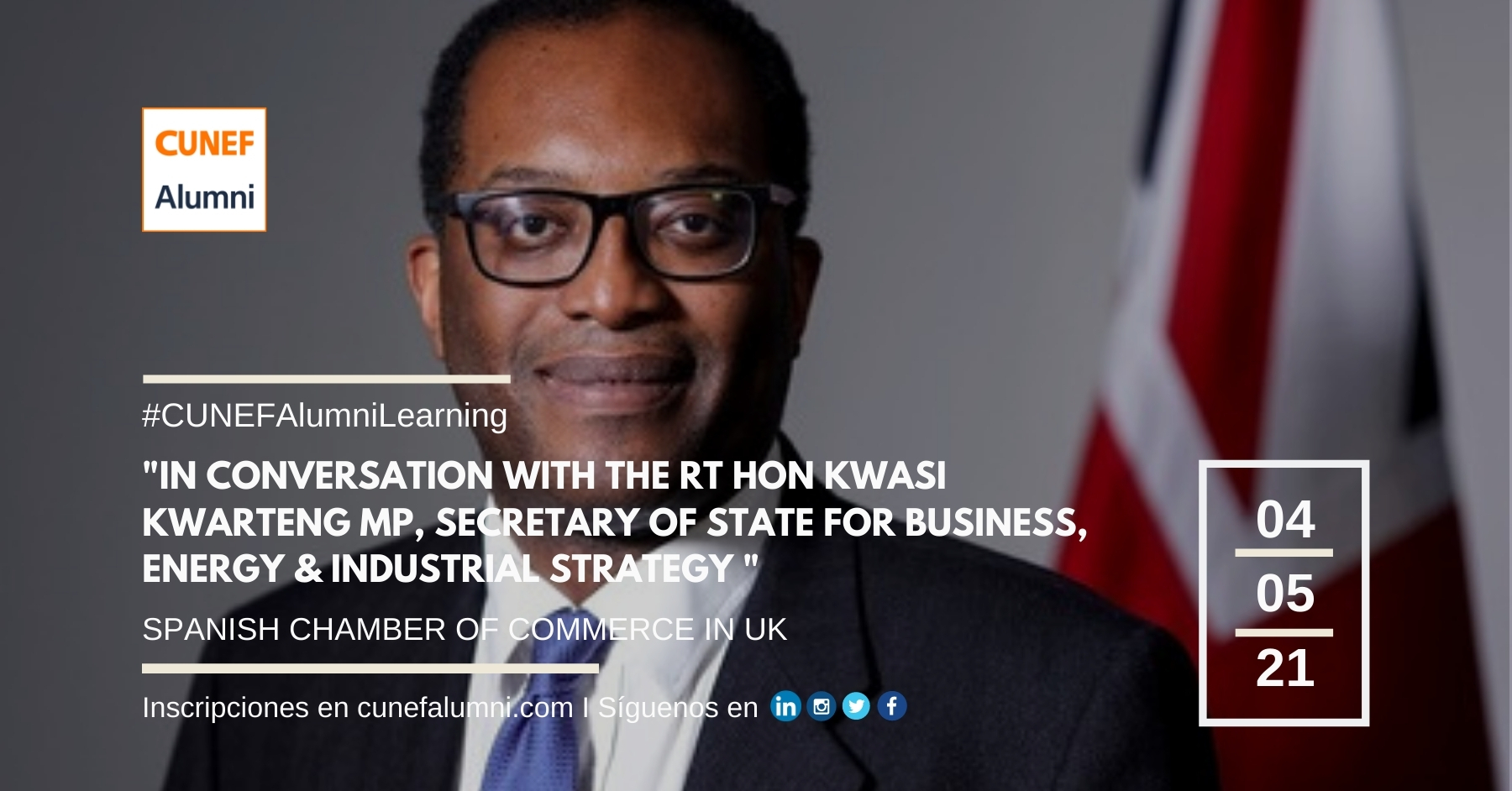 As a member of the Council of Foreign Chambers of Commerce in the UK, join us for a webinar with The Rt Hon Kwasi Kwarteng MP, UK Secretary of State for Business, Energy & Industrial Strategy.

The conversation with the Secretary of State will be followed by a panel discussion and Q&A with Stephanie Flanders, Senior Executive Editor for Economics & Head of Bloomberg Economics and other leading commentators.

Stephanie Flanders is Senior Executive Editor for Economics at Bloomberg and head of Bloomberg Economics. She was Chief Market Strategist for Europe at J P Morgan Asset Management in London (2013-17) and BBC Economics Editor (2008-13). She has also been Senior Advisor to US Treasury Secretary Lawrence H. Summers (1997-2001), editorial-writer for the Financial Times and an economist at the Institute for Fiscal Studies and London Business School.

Mark Mardell joined the BBC in 1989 as a political correspondent for the Six O’Clock News. He covered Westminster for 19 years, working as Political Editor on Newsnight and serving as the BBC’s Chief Political Correspondent. In 2005 Mark moved to Brussels, taking up the newly created role of Europe Editor for BBC News. He reported from all over the EU and beyond, drinking Slivovitz with Montenegrin farmers on the eve of independence, patrolling the Polish border with guards on snowmobiles, and accompanying Nigel Farage round Romanian food markets. As the BBC’s North America Editor (2009-2014) Mark eschewed the courtship of politicians in DC, choosing instead to travel beyond the beltway and understand American politics at its roots. During this time he covered the start of the Obama era and unearthed nascent anti-globalist Trumpism in the form of the Tea Party. Mark arrived back in the UK in 2015 just in time for Brexit, a phenomenon he has covered extensively, including in the 28 episode BBC series, Brexit: A Love Story? For the past five years, Mark has presented The World This Weekend and The World at One, bringing Radio 4 listeners the latest news, award-winning journalism, and snippets of his eclectic music taste. Mark is now pursuing a career independent of the BBC and is working on several podcast ideas and writing projects.